Whooping Crane(s) summering in BC?

These two sight-records and the time of year allude to possible summering of Whooping Cranes in the province. Such an event is not unprecedented, with two Whooping Cranes having spent June 30th to August 28th, 2003 being seen sporadically between Prince George and McBride.
Posted by nhentze at 8:25 PM 3 comments:

Just before 8am on July 20th, Graham Ford photographed a Crested Caracara preening along the North Nanaimo Shore (Just west of Entwhistle Drive, off Hammond Bay Rd).  The bird was last seen flying off to the south.  The same bird may have been seen flying past Neck Point (Just west of Piper's Lagoon) on July 16th. Updates and any further sightings would be appreciated.

Update: The report of the bird being seen around noon at Piper's Lagoon on the 20th was apparently in error. The first and last verified sighting was around 8 am on July 20th.

There have been no sightings of the hummingbird since July 11th.

On July 10th and 11th the Magnificent Hummingbird frequented a private residence in the Lillooet area. Currently no public viewing opportunities exist. 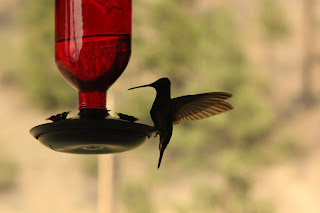 A female/immature-type Dickcissel was found at Montana Slough, south of Revelstoke, on July 11 by Devon Anderson. The bird was seen and heard, and a recording of the call was obtained.

This is the 25th record for the province of BC.

Posted by nhentze at 4:31 PM No comments:

On July 7th, Allan and Reba Dupilka found a 3rd year Lesser Black-backed Gull in Salmon Arm, representing what is likely the first July record for BC.

The bird was located at Shuswap Lake near the pillings which are west of the wharf at Salmon Arm Bay. The gull was flocking with Ring-billed Gulls.

Posted by Melissa Hafting at 8:37 AM No comments:

July 4--This apparent adult male Magnificent Hummingbird was photographed at a private residence in the Bridge Lake area north of Kamloops, BC. If accepted, this would constitute the first record for British Columbia, a first for Canada(as far as I can tell), and the most northerly record of the species in the World (Mags regularly only occur as far north as Arizona and New Mexico).

Apparently it has not been seen since the first day. For the time being, the homeowners have requested to keep the exact location private.

If the status changes, I will update this post. 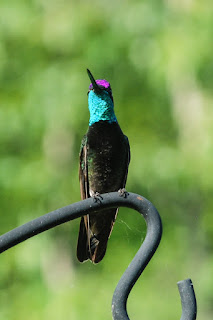 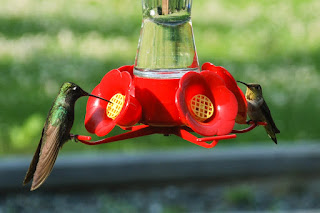