At 10 am on July 7-2017, Keith Walker found and photographed a Curve-billed Thrasher in his yard, close to the west of Francois Lake which is south west of Burns Lake. He watched the bird for 30mins as it was dive bombed by swallows.

The bird was not relocated on July 8th. If it is seen again, it will be open to the public and I will post his address here.

This is not the first rare bird on his property, he has also had an Oriental Greenfinch before.

This is the first record of a Curve-billed Thrasher for the province of British Columbia. 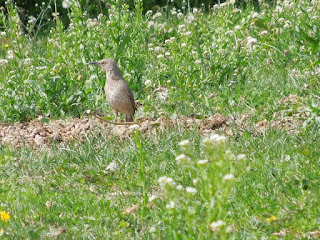 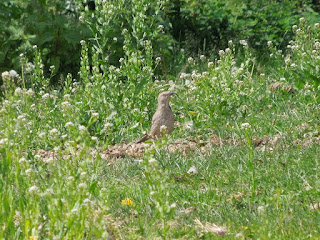 Posted by Melissa Hafting at 8:12 AM