A Rustic Bunting was coming to Glen Todd’s feeder in Bull River (located in the Kootenays) from December 16/18 to March 12/19. It was initially identified by the observer as a Lapland Longspur and reported to Bird Studies Canada’s Project FeederWatch  on April 14th, 2019. Thanks to those at Bird Studies Canada (Ron Ridout and Kerrie Wilcox) the bird was identified to its correct species and reported to the BC RBA. When the bird was present it was with a large flock of Dark-eyed Juncos.

This is the 6th confirmed photographed record of Rustic Bunting in BC and there are 10 reports. 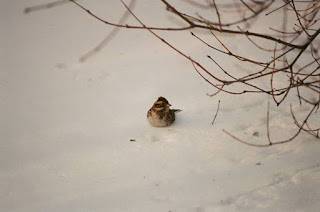 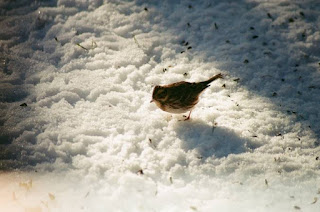 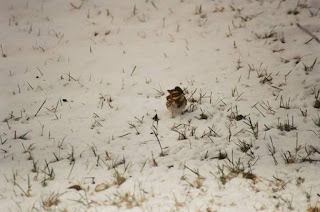 Posted by Melissa Hafting at 8:31 AM