At 9am on August 17-2019, Thomas Plath spotted a Manx Shearwater in a bait ball flock off the SE tip of Cleland Island while on a pelagic trip on the Miss B Haven with Ocean Outfitters. 12 other passengers on board were able to see the bird.

This bird appears to be different than the bird first found in the same area by Artie Ahier on August 13th and 15th. The bird on August 17th has more worn primaries unlike Artie's cleaner bird. There was also a Slaty-backed Gull in the flock.

This is the 62nd record for the province of BC. 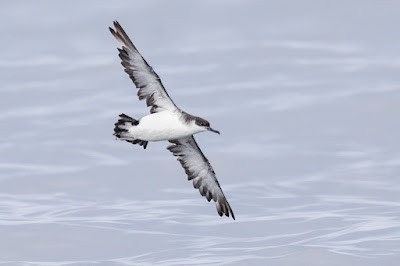 Posted by Melissa Hafting at 8:19 PM