At 1:30 pm on October 15-2018, a 1st year female Pine Bunting was photographed by Maury Swoveland. The bird was initially identified as a Lapland Longspur and therefore word did not get out until Oct 16th when it was identified. The bird was first found on the grass by the the park signs at the south end of Uplands Park along Beach Drive (where Beach Drive bisects Uplands Park). He last saw it perched in a nearby Garry Oak.

The bird has not been relocated on October 17th or 18th, despite multiple observers looking.

A news story can be found HERE at CBC news 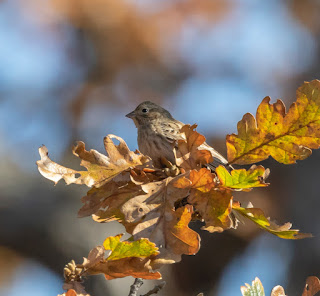 Posted by Melissa Hafting at 10:42 PM