Panama Flats is located between Roy Rd and Carey Rd. The best access to view the bird is off Carey Rd and Baker St and to walk down the middle (central) dyke looking at both the NE and NW quadrants.

As of 6:30pm the bird is being viewed by multiple observers at the north end of Panama Flats.

This is the 54th record for the province of BC.

The bird was not seen on May 20th.

The bird was relocated at the N end of Panama Flats at 2pm and continued until dark on Monday May 21st. 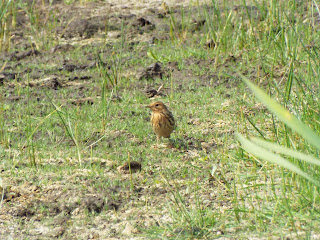 Posted by Melissa Hafting at 4:19 PM